If you've heard of cryptocurrency, then you've likely heard of bitcoin. Bitcoin was the first successful cryptocurrency to be created. It remains the most secure, the most popular, and most valuable network today. 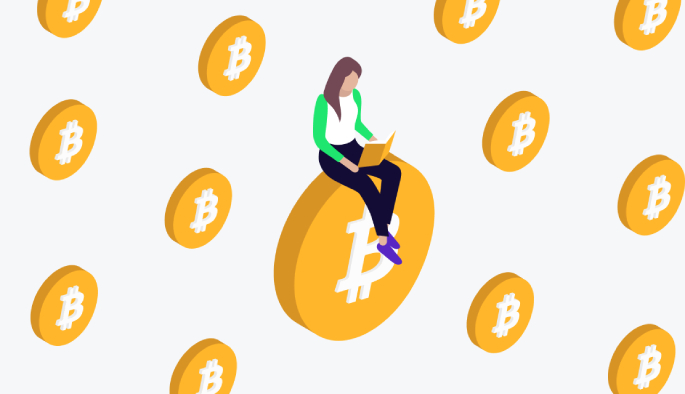 “Chancellor on brink of second bailout for banks,” read the headline from The Times on January 3, 2009. It was the day that Bitcoin was created by anonymous developer Satoshi Nakamoto. With that first block, the “Genesis block”, cryptocurrency (as we know it today) was born. Bitcoin was not the first attempt at a digital currency, it drew on the experiments and lessons of cypher punks in decades prior. This guide will attempt to share that story behind the most popular cryptocurrency today.

The headlines from The Times is seen by many as a sign of what Bitcoin was meant to replace. It was born during the 2008 financial crisis, a time when central banks were printing money unendlessly, bailing out crony banks and other corporations. Bitcoin was seen as a new monetary system, one without the corruption or influence of government and centralized entities.

The Bitcoin whitepaper was released with the title, “Bitcoin: A Peer-to-Peer Electronic Cash System”. And the Bitcoin network is exactly that, a system where individuals around the world can send value in a peer to peer fashion, without the need of a middleman like a bank. But the Bitcoin network is also so much more than just a peer-to-peer network.

Surprisingly, Bitcoin wasn’t a raging success in its early years. In fact, Bitcoin’s launch was relatively flat. It wasn’t until several years later when the network began to expand and grow in popularity. Some of the earliest proponents of bitcoin were cypher punks, computer engineers, and libertarian communities. Bitcoin began to slowly catch on as more and more individuals around the world saw it as an alternative to today’s financial system.

Fast forward to today, where millions of people use bitcoin to protect their wealth from being devalued or confiscated by corrupt governments, millions more use bitcoin to send money across the world outside of the barriers of today’s financial system, and hundreds of thousands of businesses around the world accept bitcoin as a form of payment for their products or services. Bitcoin can mean something different to everyone who uses it, and it’s for that reason that bitcoin has value.

The Bitcoin network was the first successful blockchain to ever exist. Bitcoin is public, free to use, open-source, and has no owner or organization at the helm. It operates purely on the code which was written when it was founded. Anyone can participate in the Bitcoin network. The Bitcoin network is secured by “miners” who run the Bitcoin software on computers all around the world, recording transactions and generating new bitcoin.

Bitcoin the currency, can be thought of as a digital token with a limited supply which cannot be duplicated. The supply of bitcoin will reach 21 million coins one day, around the year 2140, and then no more coins will ever be created. So far, about 19 million bitcoin have been mined. It’s for this reason that many see bitcoin as a store of value, an asset which cannot be manipulated by a bank or government. Some people even refer to bitcoin as digital gold, because it has many of the same properties. It’s scarce, portable, divisible, and can’t be counterfeit.

How does bitcoin work?

Bitcoin is unique compared to our traditional financial system today because Bitcoin is decentralized. That means that no person, company, or government entity is in charge of the network. Instead, hundreds of thousands of computers around the world contribute to the Bitcoin network, entirely voluntarily. They’re incentivized to help keep Bitcoin secure since they can earn bitcoin in the form of mining rewards. Every ten minutes, a set number of bitcoin is created and rewarded to the miners who secure the network.

Sending and receiving bitcoin is sort of like using email today. To send bitcoin to someone or to a bitcoin wallet, you’ll need the public bitcoin address of the receiving wallet (think of this like an email address). Over time, bitcoin will become even easier to use. It’s still very early and a lot of development is taking place, sort of like the internet in the 90’s!

In May 2010, a developer made the first recorded bitcoin purchase of two pizzas for 10,000 bitcoin. At the time of this article, that amount of bitcoin would be worth more than $500 million!

Throughout its existence, bitcoin has experienced its fair share of price hikes and drops. Supply and demand has fluctuated somewhat largely over the course of bitcoin’s existence and it has left a trail of notable price milestones.

When bitcoin was first mined in 2009, it didn’t even have a price. Slowly, the price went from a few pennies and began to climb. About four years after its creation, one bitcoin was worth $120. The price of bitcoin later spiked that same year to more than $1,200.

After going through some price halts throughout the years in between, in 2017 bitcoin saw one of its most historical price increases. The digital token had a nearly 2,000% increase in value, starting the year at less than $1,000 and ending at around $19,000.

A store of value vs. a medium of exchange

More and more investors are looking to bitcoin as a store of value. In a 2021 Coinstar-sponsored survey, 53% of respondents said purchasing bitcoin as an investment is their top reason for buying cryptocurrency. In addition, more than a third advised they would use crypto to keep their money safe.

Learn about bitcoin by owning it

While getting a grasp on the inner workings of bitcoin can take some time, the best way to learn about how bitcoin works is to start using it. You can experiment with the best way to buy, sell, store and send bitcoin that works for you. With bitcoin, ownership is truly the best teacher. 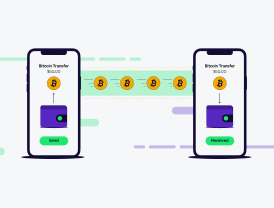 How to Get Into Bitcoin: The Complete Starter Guide

Bitcoin is the world’s first and most popular cryptocurrency. Its market cap was over $1 Trillion at times throughout 2021, an amount greater than the combined market cap of most other cryptocurrencies. 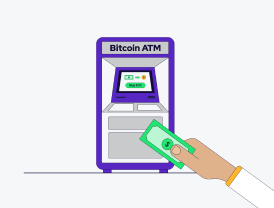 Bitcoin ATMs and kiosks are much like the standard ATMs you see every day. When you deposit cash into a traditional ATM, you use your debit card to access your account. At a Coinstar® Bitcoin ATM, no debit card is required. 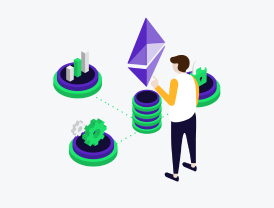