The unfortunate reality for Ethereum, is that more frequently than not, it gets lumped together with Bitcoin — people use Bitcoin as a launching pad to understand Ethereum, to describe what it can and cannot perform, its practical functionalities and innovations, and its future.

You almost certainly can’t mention Ethereum without Bitcoin, and with good reason, they are the two biggest, most recognizable names in the digital assets ecosystem. ETH and BTC, the two tokens for those respective networks, are the two largest cryptocurrencies by market capitalization and have both become staples of almost every investor’s crypto portfolio. At a time when there are thousands of cryptocurrencies (at the time of writing this, there were more than 20,000, and climbing) and a plethora of investment opportunities, there’s Bitcoin, Ethereum, and then everything else. Everything starts and ends with those two names.

But for the most part, that’s where the similarities end. It’s like comparing apples and oranges — besides the fact that both BTC and ETH are two digital currencies assisting in facilitating a frictionless peer-to-peer payment ecosystem, there aren’t many commonalities. But we’re here to provide Ethereum’s narrative and to educate and teach about all the different facets of Ethereum. The story of Ethereum is much more than just digital currency, it’s about the innovation of world-changing technology and being at the epicenter of the digital asset revolution.

Though this guide is meant to be broad, full-reaching education and understanding of Ethereum and its capabilities, it is not meant to be all-encompassing. We want this guide to be your launching pad into the Ethereum ecosystem, providing you with a starting block, enabling you to know what questions to ask to further your education.

Let’s get this out of the way: for starters, there’s a difference between Ethereum and ether (or ETH, as it’s often referred to as). Ethereum refers to the name of the blockchain and ether refers to the actual digital currency that is represented by the ETH token. For consistency and clarity, people use Ethereum when discussing the token as well, as it has become socially acceptable to use that nomenclature to refer to all aspects relating to Ethereum. But with that said, it’s important to know the difference, so that when you do need to make the distinction about certain aspects of the Ethereum/ETH ecosystem, you’re able to describe things with clarity and accuracy.

So what exactly is Ethereum? Launched in 2015, Ethereum’s founders set out to build a new kind of global, decentralized computing platform that takes the security and openness of blockchains and extends those attributes to a vast range of applications — they’re main objective was not to create a digital currency.

Put simply, Ethereum is a decentralized open-source blockchain system that features its own cryptocurrency, ether. Ethereum’s open-source nature means that it is not owned or operated by a single individual.

Ethereum works as a platform for numerous other cryptocurrencies, as well as for the execution of decentralized smart contracts, and is the underlying foundation and infrastructure that various other networks build upon — because of this nature, it is referred to as a layer-1 network. Everything from financial tools and games to complex databases run on the Ethereum blockchain. As the non-profit Ethereum Foundation puts it, “Ethereum can be used to codify, decentralize, secure and trade just about anything.”

Ethereum-based apps are built using transaction protocols called “smart contracts.” Smart contracts, like paper contracts, establish the terms of arrangement between parties. However, unlike these paper contracts, smart contracts are a form of processing procedure that automatically executes the transaction when the terms of the agreement are met, without the need for either participating party to know who is on the other side of the deal — and without the need for any kind of intermediary. Smart contracts running on Ethereum’s blockchain allow developers to build complex applications that should run exactly as programmed without downtime, censorship, fraud, or third-party interference.

Due to this smart contracts component, which has eliminated the need for middlemen or institutional intermediaries, such as banks or brokers, that help facilitate transactions, Ethereum has been at the forefront of the revolution of decentralized finance — also known as DeFi.

As we’ve already made the distinction between Ethereum and ether, let’s discuss the peer-to-peer payments capacity of ether. Ether has become a popular speculation vehicle for crypto buyers, and much like other digital currencies, it can be used to send or receive value between two strangers from anywhere in the world, without a bank in the middle. In that sense, it is similar to almost any other digital currency.

In a more localized context, ether is the transactional token that facilitates operations on the Ethereum network. All of the programs and services linked with the Ethereum blockchain network require computing power (and that computing power can be costly). Ether is a form of payment for network participants to execute their requested operations on the network and for users to use such applications.

While ether can be thought of as the cryptocurrency of the Ethereum network, metaphorically speaking, it is more accurate to refer to it as the “fuel” of the network. Ether tracks and facilitates all transactions in the network. The fees that users need to pay in order to interact, or transact, with or on the Ethereum blockchain are referred to as “gas” fees.

How does Ethereum work?

Though many people speculate or interact with crypto or blockchains without knowing how they actually work, it’s important to understand the inner workings of a product to understand its technological significance and what its value is long term. Because Ethereum has functionality outside of just being a digital currency, understanding the different components of this particular blockchain can be technical. With that said, we’ll try to keep it as simple as possible.

The Ethereum blockchain is like a supercomputer: while it also does the work of documenting and securing transactions, it has a fair amount of flexibility. Developers can use the Ethereum blockchain to build a huge variety of tools — everything from logistics management software to games to the entire universe of DeFi applications (which span lending, borrowing, trading, and more).

In order to achieve and maintain all of its functionalities, Ethereum uses a “virtual machine.” This giant, global computer is made up of many, many individual computers running the Ethereum software. However, running all these computers can be extremely costly, and in order to cover these costs, the network uses its own currency, ETH, to charge users of the blockchain (as we mentioned earlier.)

ETH keeps the whole blockchain up and running. As a result, these gas fees have become a crucial part of the whole Ethereum ecosystem.

Though gas rates can vary depending on how busy the network is — built off of a dynamic pricing model — a new version of the Ethereum blockchain called Ethereum 2.0, which was aimed to increase efficiency, began rolling out in December 2020 and is set to formally launch within the next year, by 2023.

How does Ethereum have value?

The question of value really depends on who you ask, but there are several ways in which one can quantify and assess Ethereum’s value.

In most simplistic terms, since ETH is a public asset, its value is set by public markets, just like any other public entity or even currency, for that matter. People buy and trade ETH, and depending on the day, its price can fluctuate.

But why the market prices it the way it does is a much more complicated and nuanced question. To many speculators, Ethereum’s value is based on its flexibility as a platform for issuing stablecoins and running DeFi applications — resulting in a growing user base and growing transaction fees.

The value it has is mainly due to its many innovative features, such as smart contract capabilities, its disinflationary supply, and its speed and scalability amongst several other factors. Additionally, the fact that it is a layer-1 protocol, providing infrastructure for the building of other networks, provides tremendous value.

What is the proof of work system?

Under the proof of work system, new ether is created via a mining process. To mine Ethereum, computers spread around the world compete to solve cryptographic puzzles. Any miner that successfully solves the puzzle first is being rewarded with ether.

The mining rewards are designed to pay miners to secure the network, verify transactions, and compensate mining operations for dedicating computing power to the network.

The current mining reward is 2 ether per block plus all transaction and gas fees contained in the block. These gas fees change dynamically based on network usage and congestion.

A new block is added to the Ethereum blockchain on an average of every 15 seconds, which is different from Bitcoin’s blockchain, where a new block is added every ten minutes. While Ethereum used to have a supply that was considered unconstrained or unlimited, recent changes to the network have been taking ETH out of circulation via gas fees, which overtime might impact the blockchain’s economics, but the long term impacts and supply dynamics are still unknown.

There has been much chatter and buzz about a new version of Ethereum, and the launch of the long-awaited update is nearing soon. The upgrade is geared towards multiple points, and the most notable change amongst all the changes will be that the network will be shifting from a proof of work consensus mechanism to a proof of stake model.

So why is Ethereum 2.0 important and necessary? Moving a popular crypto asset to a new platform is a complex endeavor, but for Ethereum to scale and evolve, this is a necessity. The reason that the shift in methodology will be network altering is because the proof-of-stake model will reduce the amount of bottlenecks — frequent occurrences with the current model — decrease fees, and consume substantially less resources, particularly electricity. What to Know About the Ethereum Merge 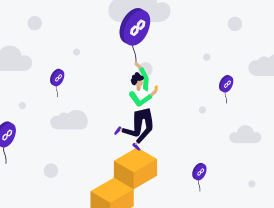 What is Polygon (MATIC)?

Polygon serves as a scaling solution for the world’s biggest and most widely used blockchain network, Ethereum. 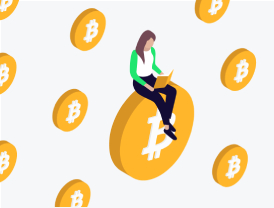